Tennessee is the music mecca, with more songs written, recorded, and played live here than anywhere else in the world. Music fame is around every corner as the home of huge stars, including Dolly Parton, Elvis Presley, Aretha Franklin, Taylor Swift, Miley Cyrus, and Justin Timberlake.

Whether you’re a die-hard musical fan or enjoy being swept up by a particular beat or soulful tune, Tennessee Music Pathways are a great way to connect you to the people, places, and events that shaped music history. Here, we take a look at each region of the state to discover the people and places significant in music history, which can only be “Made in Tennessee.”

It’s fitting that we start in Bristol, as the city holds the honour of being named the Birthplace of Country Music by the U.S. Congress in 1998. In 1927, the Bristol Sessions took place in the downtown area, with legends such as Jimmie Rodgers and The Carter Family at the forefront.

The Paramount Center of the Arts features a variety of programming from bluegrass to Broadway, rock ‘n’ roll, and more. Of course, you can’t miss the Birthplace of Country Music Museum. Keeping local music traditions alive, the museum discusses the musical and cultural heritage of the region and its influence on the world. The Country Music Mural at the Downtown Center was painted by local artist and musician Tim White in honour of famous artists of the Bristol Sessions.

Visit the Bessie Smith Cultural Center to uncover the history of Africans and African Americans and celebrate the life and career of the “Empress of the Blues,” Bessie Smith., particularly those of Chattanooga. Check out the Big 9 Legends Mural on M.L. King Boulevard - formerly known as Ninth Street. The Boulevard was a thriving African American neighbourhood and home to generations of jazz, blues, funk, R&B, and gospel musicians from the turn of the century through the 1960s. At the Tivoli Theatre, known as “The Jewel of the South,” you can catch a comedy, play, music concert, or Broadway show for an entertaining night to keep you entertained!

Visit the Memphis Blues Hall of Fame Museum, where you’ll discover the in-depth history and robust exhibits that highlight Blues culture (and home to over 400 inductees!). The Memphis Music Hall of Fame is an interactive, ever-changing museum that contains personal belongings and interviews from official Hall of Fame inductees. Catch a glimpse of the Elvis statue on Beale Street, and at night, return to the same location and be swept up by the buzz and music flowing out of the Beale Street Historic District.

No trip to Memphis would be complete without a guided tour of the famous birthplace of Rock ‘n’ Roll - Memphis Sun Studio. Greats such as Elvis Presley, Jerry Lee Lewis, and Johnny Cash graced its halls. The Stax Museum of American Soul Music celebrates music from the likes of Otis Redding, Isaac Hayes, Rufus & Carla Thomas, Staple Singers, and Albert King. Step inside Elvis Presley’s Graceland to see how the King of Rock n’ Roll lived. Then, explore Elvis Presley’s Memphis at Graceland, a 200,000 square-foot complex filled with museums, restaurants, entertainment spaces and more.

If you’re keen to see where music greats lay their heads for the last time, check out one of Memphis’s many historic graveyards, such as the Elmwood Cemetery, which is the burial site of Wayne Jackson and Jimmie Lunceford. At the Memphis National Cemetery, you’ll find burial sites of Phineas Newborn, Jr., Marvell Thomas, and Robert T. Wilkins, Sr.

The East Tennessee History Center is home to many exciting exhibits, including the Knox County Archive, the McClung Collection of historical material, and vintage catalogues of music and TV. The museum’s signature exhibit ‘Voices of the Land’ explores 250 years of East Tennessee’s culture, from Native Americans and the Civil War to civil rights and country music. The free Cradle of Country Music Tour is a self-guided walking tour that explains Knoxville’s ties to music legends from Hank Williams to Roy Acuff, from Elvis Presley to Dolly Parton.

Located in downtown Knoxville, the Historic Tennessee Theatre was restored to its original 1928 glory and reopened in 1995 as a world-class performing arts centre. Here, you can take your pick of Broadway shows, opera, classic films, symphony, and music concerts.

The 137,000 square-foot Tennessee State Museum is one of the largest state museums in the U.S. The museum’s State of Sound exhibit illustrates the development of Tennessee music from pre-Columbian times to the present, showcased through auto-visual media and artefacts. The National Museum of African American Music is the only museum dedicated to preserving and celebrating African Americans' vast music contributions, creations, and influences. The museum integrates history and interactive exhibits to bring music from the past into the present.

There are many fun photo moments in the city of Nashville, including a Giant Microphone that doubles as a bike rack, a Legends Mural displaying some of country music’s most famous musicians, and in front of Exit/In; one of Nashville’s most iconic music venues. Take a back-stage tour at the Ryman Auditorium – a National Historic Landmark and a must-see for any Nashville visitor. Then, return in the evening to enjoy a show with world-class acoustics. American Icon The Grand Ole Opry began as a simple radio broadcast in 1925 and is now a one-of-a-kind music experience for all ages.

Night-time in Nashville comes alive with a vast range of clubs, bars, and music venues. The Bluebird Cafe is recognised worldwide as a songwriter’s performance spot where the ‘heroes behind the hits’ sing their songs, which chart-topping artists have recorded. The 90-seat venue is tiny intimate, and incredibly popular, so book in advance.

We’re pretty sure Louisiana cuisine is like nothing you’ve tried before.

Are you planning your next New Zealand Ski trip and don't want to blow the budget? The good news is a ‘billion dollar view’ is all yours without having to sell the private jet.

The North Carolina mountains have hundreds of waterfalls, including more than 250 in the Brevard area. 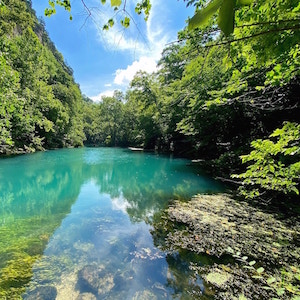 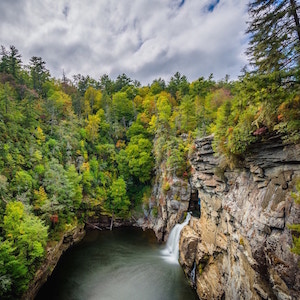 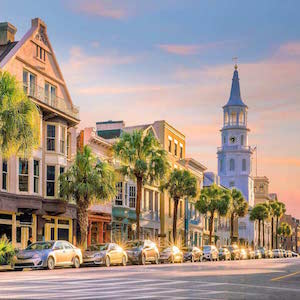