For some, the ideal holiday involves sunshine, a pool, a good book, and not much else. For others, even mentioning the word ‘holiday’ has them conjuring up ideas on the site of their next mountain bike ride, scenic skydive, or thrilling underwater encounter. If you fall into the latter category of traveller - the ‘adrenaline junkie’ - be sure to add these adventure-filled destinations to your travel bucket list.

South Africa’s geographical capital is also its adventure capital. Both land and water adventurers will find plenty to keep them busy on a stint in Cape Town. On the land, thrill-seekers can abseil 1000m from the summit of the city’s highest point, Table Mountain. It takes roughly half an hour to hike to the top, and just a bit less to get down. Other options are to head out on a kloofing tour (where you hike through ravines and cliff jump into natural pools) or to experience Cape Town from the sky on a tandem paraglide. If you’re more into water-based activities, Cape Town is well known for its surf; but, be warned, its also known for its healthy population of great white sharks. For a safer encounter with the kings of the ocean, consider heading out on a shark dive - all from the comfort of a steel cage, of course.

From Honolulu to the North Shore, the mountains, surf, and jungle of Hawaii’s main island are an adventurer’s paradise. You can’t escape the surf culture in Hawaii, so the ocean is a good place for thrill-seekers to start. Those comfortable in the waves can brave the swell at the famed ‘Banzai Pipeline’ break on the North Shore, but newbies to the sport should stick to friendlier waves around Honolulu. For a real adrenaline rush, head out deep with One Ocean Diving and hop in the water, without the safety net of a cage, to watch hundreds of sharks swim about you. On land, adventurers can zipline through ‘Jurassic Park’ on Kualoa Ranch, skydive over the rainforest, or mountain bike through Pupukea.

If there’s an adrenaline rush to be had, it’s on New Zealand’s south island in Queenstown. Affectionately known as ‘the adventure capital of the world’, Queenstown is a mecca for the adrenaline junkie. As a right of passage, all thrill-seekers paying the city a visit must bungee or zipride off the ‘world’s home of bungee’ on State Highway 6 in Gibbston Valley. The Kawarau Bridge site was the first bungee jumping site in the world, and skipping it would be akin to heading to Paris and avoiding the Eiffel Tower. Bungee jumping aside, there are plenty more thrills to be had in Queenstown. Try skydiving, hang gliding, jet boating, white water rafting, canyon swinging, or ziplining; the list of activities is never-ending.

Though Whistler has made a name for itself in the skiing and snowboarding industries, the Canadian town is worth a visit any time of the year. Adrenaline junkies can get their kicks away from the powder too. Come summer, the slopes that put Whistler on the map transform into thrilling downhill mountain bike trails. The town is also home to Canada and the USA’s longest zipline, the Sasquatch Zipline, and some turbulent white water rafting. If you just can’t avoid Whistler while it’s white, there are plenty of non-slope based activities to keep the adventurers happy. Try a winter bungee over the glacial-fed Cheakamus River, hurtling down a skeleton or bobsled track from the winter Olympics, or a touch of ice climbing.

There was one thing that put León, a city in Nicaragua’s west, on every adrenaline junkie’s bucket list: a black sand volcano. The 160-year-young Cerro Negro volcano first showed up on adventure seekers’ radars when it was discovered that you could sandboard down the side of the 728m active volcano. It takes roughly an hour to hike up to the top with your board, and just three minutes to make your way down. Though it made the town a hot adventure destination, volcano boarding isn’t the only thrilling activity you can do in León. Grab a surfboard and brave the waves on the coast and at nearby San Juan del Sur, or strap on the hiking boots for more volcano and jungle exploration.

The North Carolina mountains have hundreds of waterfalls, including more than 250 in the Brevard area.

Grab your camera and get ready to hit the road in Arizona for a driving holiday that goes the extra mile when it comes to superb scenery. 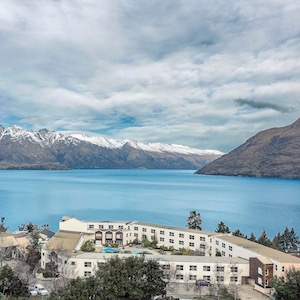 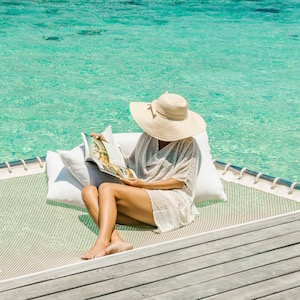 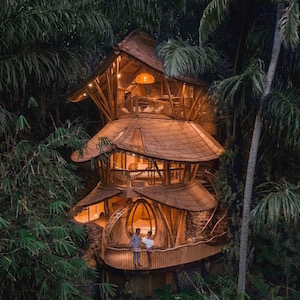